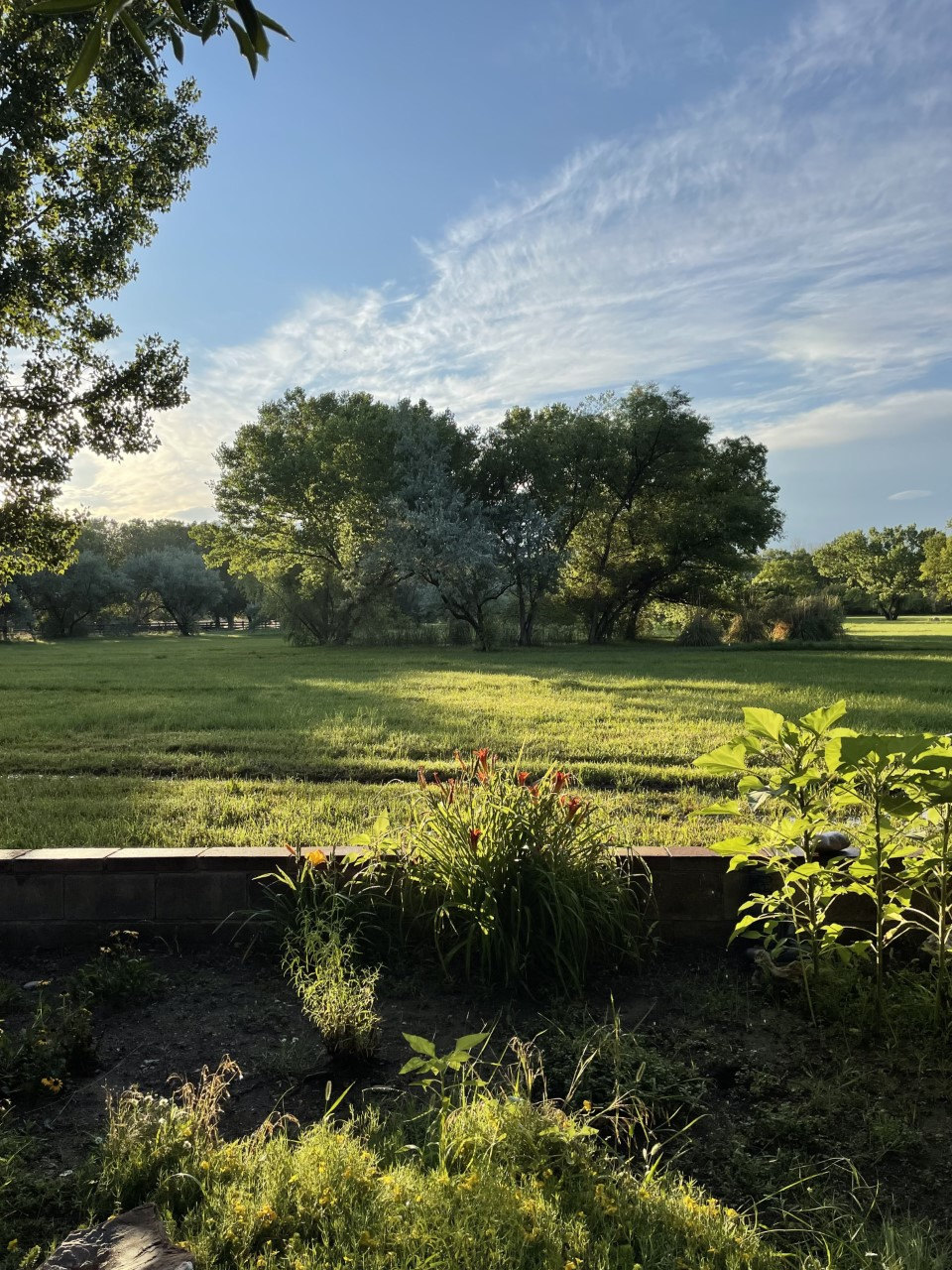 The chick that was attacked by the hawk yesterday was hurt. I'm pretty sure the reason it was pressed down into the soft dirt is that the hawk had been on it, about to fly off. When Baby ran to Mama, it wasn't limping and it seemed OK. But as the evening wore on we noticed something was wrong.

The baby is hunched. The two other chicks frolic and run about, and their necks are long. But this chick holds its head down at its shoulders. It can walk, but it teeters to and fro, waddling more like a duck than a peacock. Occasionally it spreads its body and lengthens its neck, but mostly it stays still and hunched, right next to Mama. I tell Jim, It's like a baby quasimodo.

Last night we waited all night in the soft rain as Mama got up into her roosting tree. We couldn't imagine how the hurt baby was going to get up. We had a box with a towel, ready to catch it. It tried and tried to get up. It could fly to a stack of pavers about four feet tall, but then couldn't make the bigger flight up high to the lowest branches of the tree. It seems to be able to fly horizontally, not vertically. After it was clear it was not going to get up into the tree, we tried for over an hour to catch it. It was getting dark, dark enough that we were having a hard time seeing it, but it was cheeping back at Mama. Just as the night got completely dark, Mama issued a cluck and all her babies went quiet. Not a peep from the baby quasimodo.

Jim ran to get his flashlight and we looked under every bush. We couldn't find it anywhere. By then the rain was coming down harder, and we came in, eventually went to bed. It thundered and poured in the wee hours of the morning.

A little before dawn, I could hear the peacocks and got up. Jim was already outside. Mama came down and the two babies in the tree were cheeping, about to fly down after her. Jim said, I hear it. Cheeping was coming from a bush. And sure enough, little quasimodo emerged and ran to Mama and the two other babies.

Mama walked with her three babies to a dry place at our back door and there she sat with them for over an hour, all three nestled under her. Her head and neck were wet, but she just stayed with them. She is such a good mama, warming up her babies in the cool of the morning.

We don't know what will happen to the baby that was attacked. It doesn't run and try to get bugs like the other two. It seems stunned. But we know it will heal best if it's nestled in with mama and warm under her feathers. We hope it can recover.