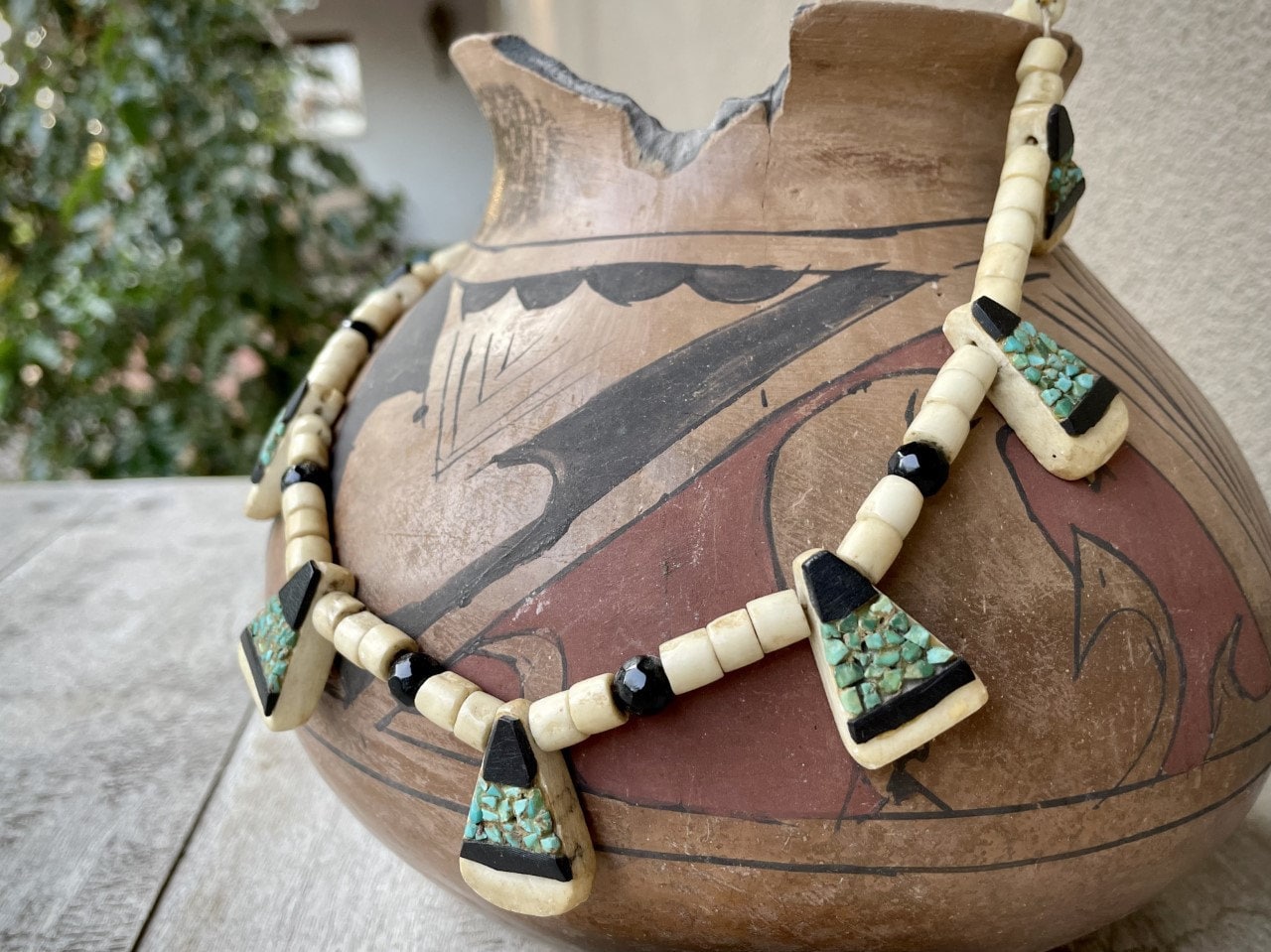 The article emphasized, "There is nothing depressing about this Depression jewelry, which is also often called 'thunderbird' jewelry. Many examples employ joyful bird designs, burst with color, and display brilliant innovation. A side benefit to its incorporation of manufactured materials is that it is quite lightweight and therefore comfortable to wear, whereas older, dense, silver items, such as squash blossom necklaces, can be heavy when worn for lengthy periods around the neck."

Depression Era jewelry is also referred to as "car battery" jewelry, as the thick-six-volt  black plast car battery casings produced in the 1920s supplied much of the jet-colored material in these necklaces. LP albums and records also were used, as were toothbrushes for the color red, and the off-white was often made out of bone. 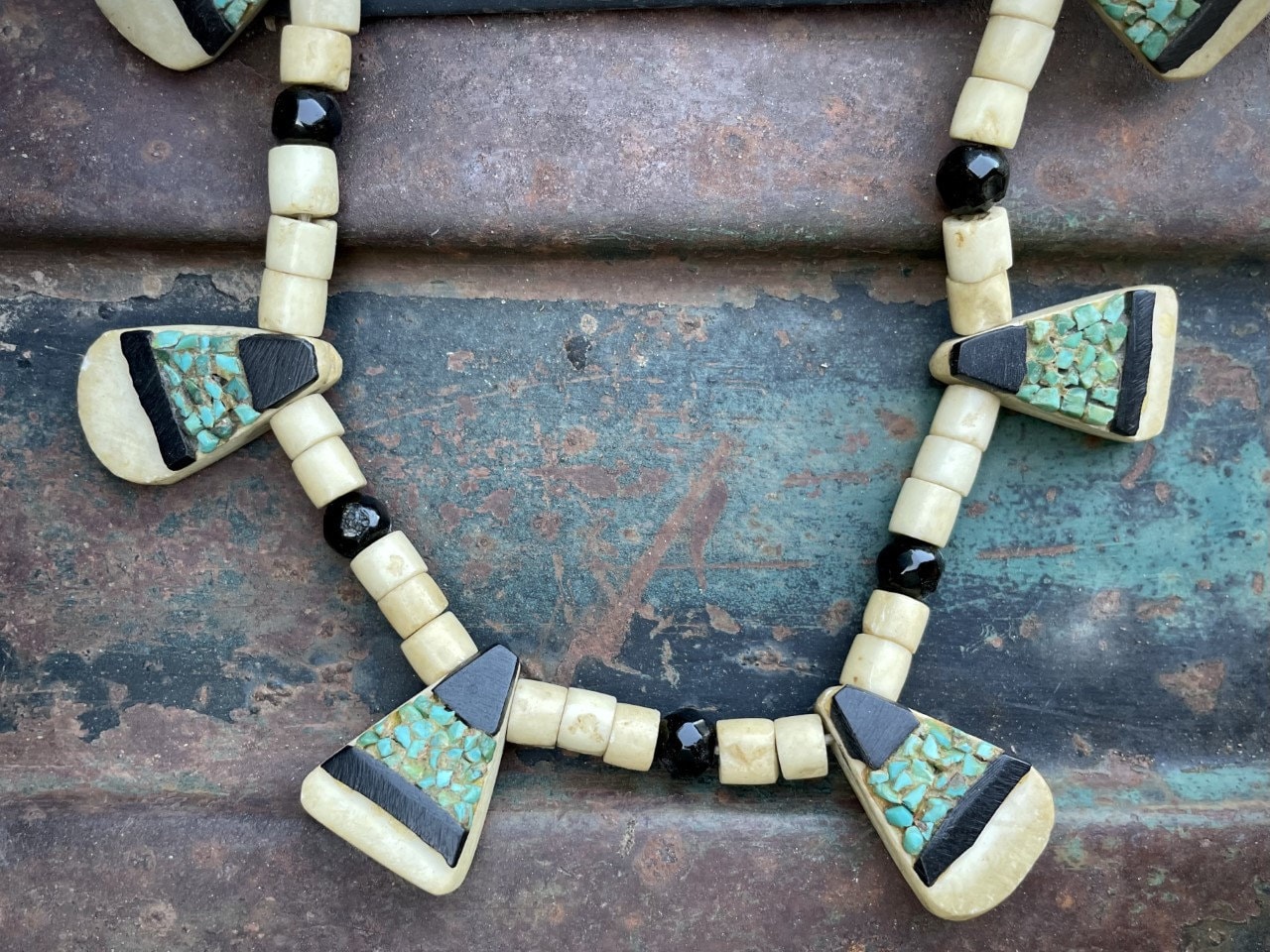 The necklace I have here has no thunderbird pendant; it is simply the tabs strung on twine. In addition to the materials desribed above, it also uses black beads taken from an early non-Natvie necklace. The clasp was also taken from a non-Native necklace. 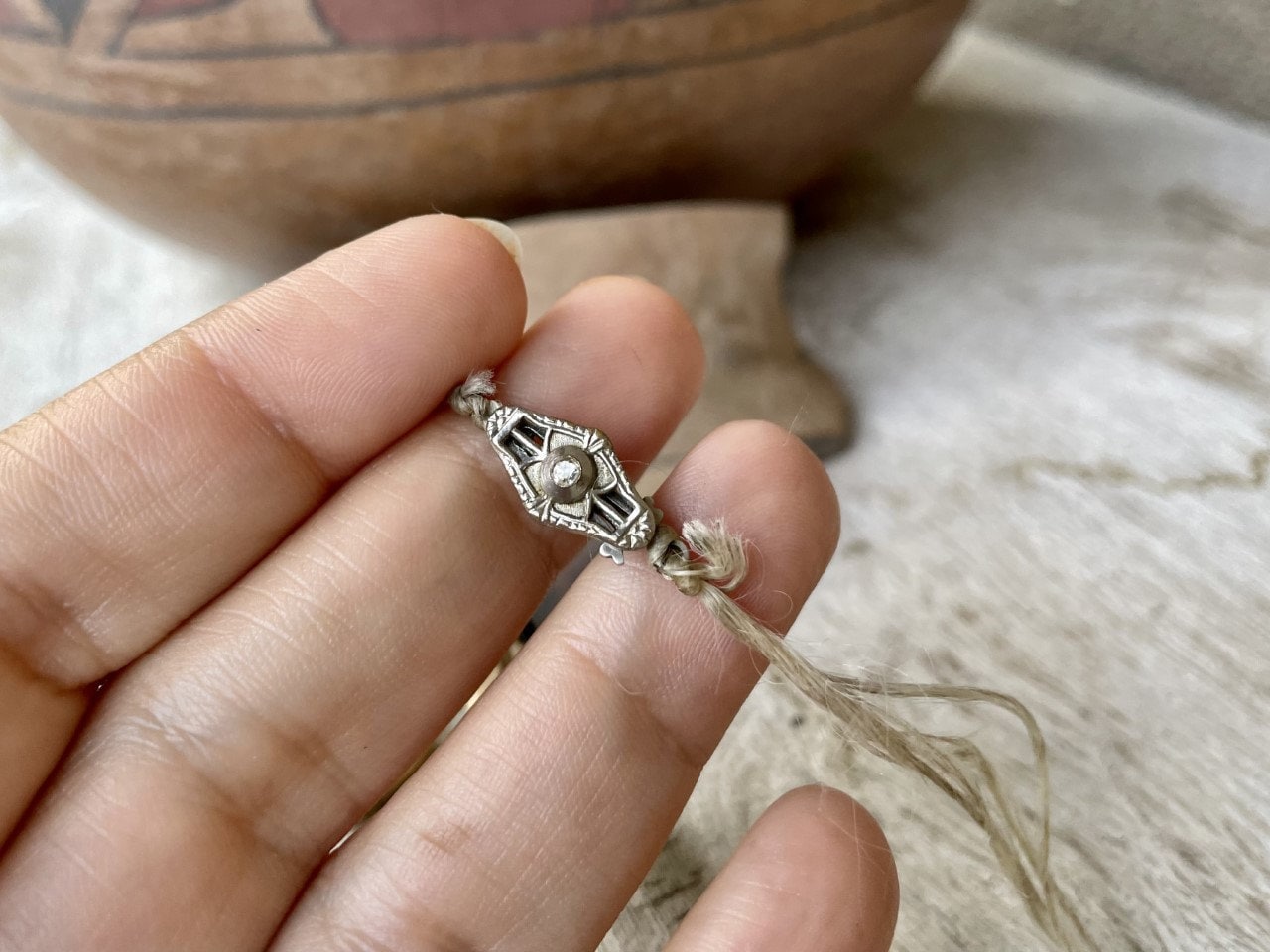 The El Palacio article mentioned that Depression Era jewelry was "long lumped into the category of 'tourist' jewelry and dismissed by many as reconfigured trash for travelers." And so for many years there was not a lot of interest in this jewelry by collectors, although the pieces were loved by the Santo Domingo, who proudly wore this jewelry, which we know from photographs of that era.

I have sold a good number ofDepression Era necklaces as well as some earrings, and I do come across them occasionally. Often they need to be restrung, and I have one in my personal collection that was restrung and repurposed with even more found beads. These necklaces are so popular now that they are getting harder and harder to find. They've been made all the more alluring by celebrity sightings, such as singer-songwriter Jewel who recently wore one to an award show. This jewelry is highly sought after by collectors and those who appreciate the fascintating story of how it came about.

Not bad considering Dpression Era jewelry was at one time considered "tourist trash." 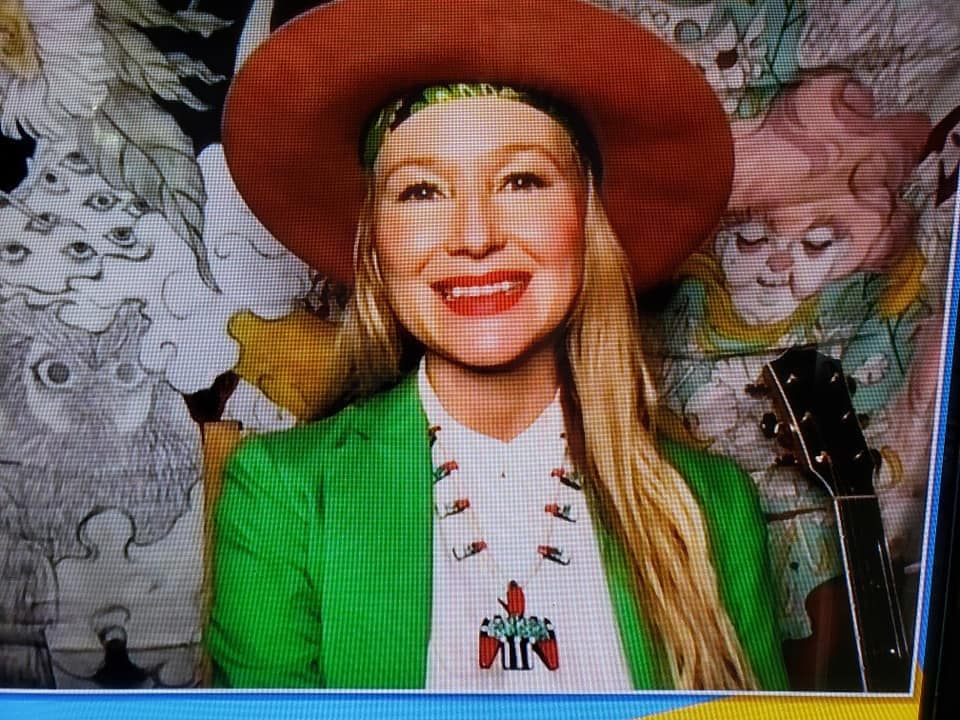