The power of pilgrimage 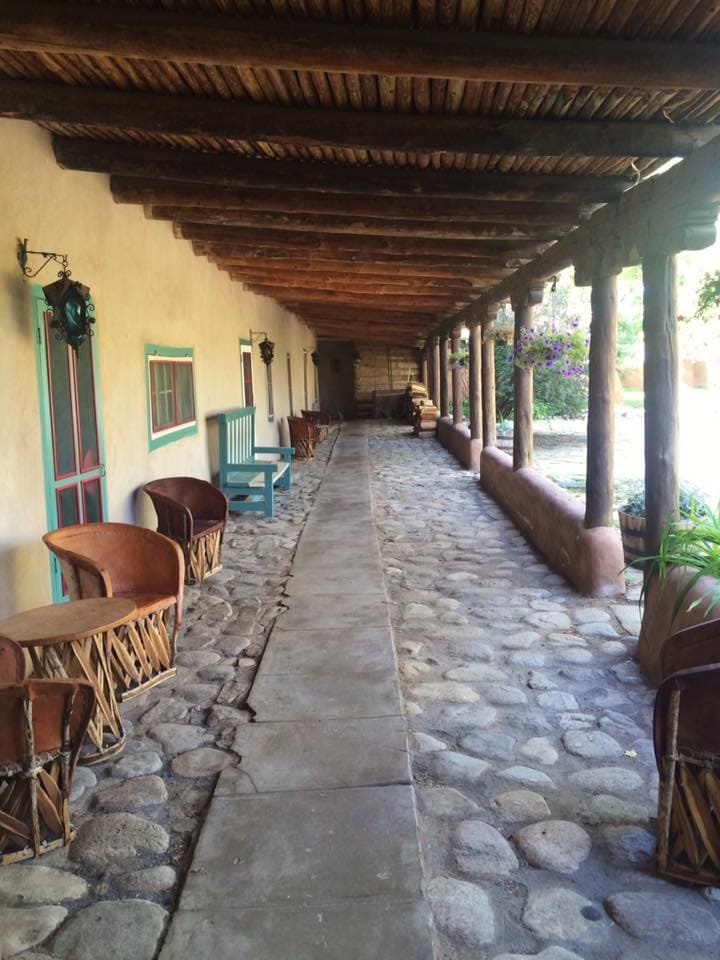 I am at my parents' home, "sitting" with Dad. I say "sitting" because technically I am here to sit with him, the way you sit with a child or a dog. But there's not a word for this, not like babysitting or dog sitting. I suppose I could call it "dad sitting." He is 93 years old and has Parkinsons. His legs have pretty much stopped working, but he still likes to be up and about, in his electric wheel chair, doing Sudoku at the kitchen table. He works numbers, I type words. It's good and comfortable, and I come here often.

This fall Dad wanted to go back "home," to say goodbye to the place and to his parents. He comes from the town of Costilla, about six miles south of the Colorado border and some 50 miles from Taos, New Mexico. He was six when his dad died, 13 when his mother died. It was the Depression, and he and his two brothers had to spend a winter alone in Costilla, which is an incredibly cold place. And harsh. And hard. That was 1937. At the end of that winter, he sent his little brother to live with an aunt and uncle in Colorado; his little sister had already gone to live with Grandma. We asked him once why no one took him in. He said it was because no one could afford to. Not to mention boys were expected to be men when they hit their teens. So by 1938 he was living on his own in Taos, his older brother having headed to work in a CC camp in Albuquerque.

He did say goodbye to his parents. We found the key to the cemetery under a brick, and drove him almost all the way to the gravesites. His little sister, now herself in a wheelchair, came along. We wheeled them over rocks and dirt and cactus, and the two of them sat in their respective chairs, holding hands. As we wheeled him back to the car, he turned back to the graves and said, So long for now, see you soon.

Next Post Can you fathom 70 years of marriage?
0 items in your cart