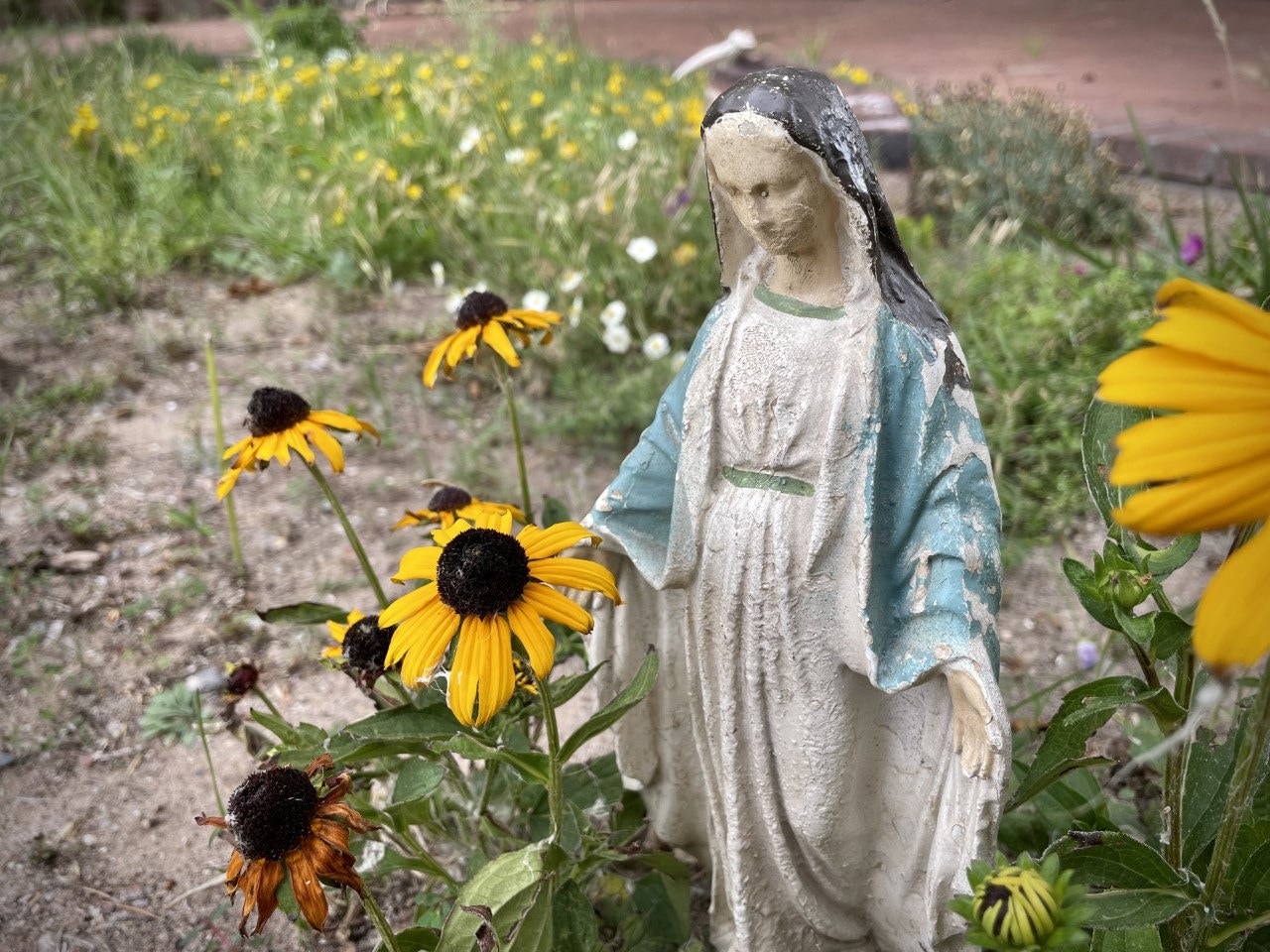 What I don't want to tell you. I don't want to tell you that we lost a baby peacock a few days ago. I heard commotion out the window, we'd just seen all the babies on the patio while eating dinner. Sometimes they squawk now, adults talking to one another. There was nothing in the sound that made me think they were distressed, frantic. But soon, Jim calls me out. Only three babies. I walk for what feels like a long time all around the orchard, looking for the fourth baby. Nowhere to be found.

I don't want to tell you that yesterday Jim told me he wanted to get a bb gun. Why, I asked him. To kill the hawks. You can't kills hawks, I tell him. That's illegal. Plus hawks are living things too. But we won't have any peafowl left, he says. Yes, he used that word, "peafowl." I didn't learn when to say "I" versus when to say "me" until college. Pretty sure I wouldn't have known what peafowl were until we actually had any. Jim won't get a gun, he's a pacifist. I know it's his frustration talking. Me, meanwhile, I got a gun. A revolver. I grew up with guns. My grandpa was a rancher and hunter. Anyhow, I'd never use my revolver for hawks. It's just protection. But I digress.

This afternoon when I was on the phone with my friend Deborah, talking village politics and me pulling weeds, I heard the squawking again. This time I started running. I know I startled Deborah. She doesn't understand my love of baby peacocks, to the point that I sprint across the yard while yelling. This time I find Mama, rePete, and two babies. Shit. Two babies. I keep looking, and boom, a hawk flies up from the dirt. And then I see the third baby. I don't know if the hawk had grabbed it and dropped it or had landed by it. I do see it's pushed down into the soft dirt, and as soon as I run off the hawk, the baby gets up and runs to Mama. I watch it, is it's back broken, can it walk? It seems startled but all parts working.

I call Jim on my phone, he's somewhere, I don't know where. He comes to where I am, near the bamboo. He herds Mama and babies into the half open garage. That's where they stay for about two hours. I go check on them while making listings. Three checks in two hours. I walk nonchalantly out in the just-irrigated field, wet and smelling like decomposing earth. I don't get close enough to cause them to move.

Finally, I see them heading to the back garden. That's where I should be, hanging, on the edge of things.